My Experience With FemmaBiotic: Yeast Infection During Pregnancy 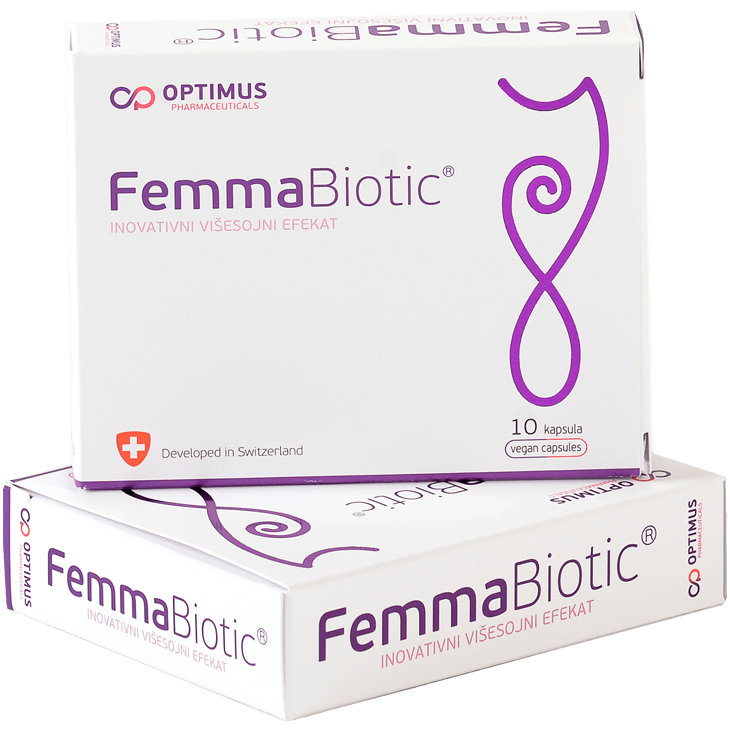 Marija, what is your experience with yeast infection in pregnancy?

I have never had vaginal infections in my life. I have always taken care of my health and intimate hygiene. I went to gynecological exams regularly and everything was always fine. I got a yeast infection for the first time during pregnancy. That was the first time I was concerned about my baby’s safety. I’ve never had a problem with a vaginal infection before and I just didn’t know what to do. The gynecologist explained to me that due to hormonal changes and changes in the pH of the vagina, as a result, candida – appeared.

What were your initial yeast infection symptoms?

First I noticed white cheesy discharge. Then I had painful urination, severe itching, and redness. I also felt pain in my joints and I was always tired. Despite how much I slept and exercised, I was still tired. These symptoms were my warning signs that I needed to see a gynecologist.

What measures have you taken to cure yeast infections?

I immediately went to the gynecologist. We did a swab test and confirmed the candida. The gynecologist told me that candida is, unfortunately, a common occurrence in pregnancy, but that it does not affect the growth and development of the baby, but that a long-term infection can cause premature birth, which is not very desirable. The doctor prescribed me antifungal medications. After the first therapy, the candida disappeared but returned after a certain period.

What is your experience with FemmaBiotic in a fight against yeast infection during pregnancy?

I read online about a pregnant woman who had been drinking FemmaBiotic to get rid of yeast infection and candida. Then I talked with my gynecologist and I decided to try. Including the therapy that my doctor recommended and a month of regular consumption of FemmaBiotic, one capsule per day – the infection disappeared. I could not believe it! The doctor recommended me to continue with drinking FemmaBiotic for at least 3 months more, and then repeat after a certain time to ensure that the infection did not reoccur. Regular consumption of FemmaBiotic keeps the vaginal flora healthy and prevents vaginal infections. FemmaBiotic helped me to get rid of candida. I still regularly take FemmaBiotic as a preventive measure in order to have a healthy pregnancy and easy labor and delivery.

How to have a healthy and carefree pregnancy with a vaginal probiotic FemmaBiotic?

Yeast infection is most often treated with antifungal medications, that destroy all harmful bacteria that cause the infection, but also those “good” bacteria that are normally present in the vaginal flora, which after a very short period of time again leads to the development of vaginal infection. After antifungal therapy, the use of FemmaBiotic is mandatory in order to replace the number of good bacteria (lactobacilli) and thus prevent the recurrence of vaginal infections. Find out how to have a healthy and carefree pregnancy here.

How to avoid a yeast infection in the last trimester of pregnancy?

Yeast infections can be very dangerous if they occur in the last trimester of pregnancy. During this period, they can be transmitted to the baby during delivery. The baby may get a yeast infection in the mouth or a diaper rash.

These infections are easily treated in babies, but the problem can occur when the infection spreads to the nipple during breastfeeding, and get inside. Sometimes it can be very difficult to cure an infection due to the constant transmission from mother to baby and vice versa. Because of that, it is important to drink FemmaBiotic in the last trimester and during breastfeeding in order to keep the vaginal flora healthy and prevent the occurrence of vaginal infections.

FemmaBiotic is specially formulated and adapted to pregnant women and women of all ages. It is safe to use during pregnancy, from the first day until delivery. FemmaBiotic is taken orally, which is a significant advantage if the pregnant woman bleeds or uses additional vaginal suppositories. In addition to regular visits to the gynecologist, healthy diet, consumption of FemmaBiotic, there are few other things you can do to ensure a healthy pregnancy: always wear cotton underwear; avoid tight synthetic clothing; change your underwear if you are sweating; avoid perfumed shower gels and soaps with a heavy odor. For intimate treatment, just use lukewarm water and sensitive gels that will not disrupt the vaginal flora’s balance.